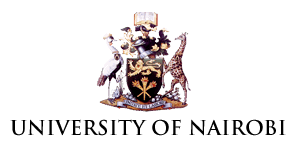 In 2017, the Traffic Index listed Nairobi as the second worst city in the world on traffic congestion. Only coming second to World’s worst traffic congested town, Kolkata in India.

On average, Nairobians spend 62.44 minutes in traffic with the congestion and a new report by  the Institute of Economic Affairs (IEA) has revealed that the country loses at least Ksh. 50 million daily due to traffic.

The increase in urban population in African cities has resulted to diversification and an upsurge in transport needs. Both public transport and private car use have significantly risen exacerbating road congestion and air pollution.

There have been several futile attempts to decongest Nairobi City in the past, the first attempt being in August 2009 by former Town Clerk Philip Kisia under the defunct Nairobi City Council. His efforts to clear the CBD did not, however last, for he bowed to pressure from public service operators two months later.

The second attempt came in 2013 by the first Governor of Nairobi Evans Kidero with his key areas of focus being the communal locomotives (matatu) menace. His plans to ban commuter matatus from the Nairobi Central Business District (CBD) by September that year never actualized. He instead surrendered his stand and the matatus were left to operate within the city centre for his entire term.

Kidero’s administration had been grappling with how to decongest the city. It proposed a raft of measures including signing a memorandum of understanding with Foton and Beijing Municipal Commission of Transport for the supply of 266 high capacity buses at a cost of Sh6.4 billion to launch the planned metro transportation system. This attempt was also botched after being marred with corruption allegations leading to the sacking of the then Transport executive Evans Ondieki.

The third ineffective attempt came in December 2018 and was orchestrated by the incumbent Nairobi City governor Mike Sonko. After his attempts to remove the matatu’s from the CBD failed, he changed his mind to allow for wider consultations.

The Kenyan government has struggled and still wrestles with the congestion issues surrounding its capital city and one of the business and technology hubs in East Africa. Whether or not the decongestion narrative shall come to pass is still a something we’ll have to watch.